Marijuana refers to the dried leaves, flowers, stems, and seeds from the hemp plant, Cannabis sativa. The plant contains the mind-altering chemical delta-9-tetrahydrocannabinol (THC) and other related compounds. Extracts with high amounts of THC can also be made from the cannabis plant (see "Marijuana Extracts" below).
Marijuana is the most commonly used illicit drug in the United States.1 Its use is widespread among young people. According to a yearly survey of middle and high school students, rates of marijuana use have steadied in the past few years after several years of increase. However, the number of young people who believe marijuana use is risky is decreasing.2
Legalization of marijuana for medical use or adult recreational use in a growing number of states may affect these views. Read more about marijuana as medicine in DrugFacts: Is Marijuana Medicine? atwww.drugabuse.gov/publications/drugfacts/marijuana-medicine.

How do people use marijuana?
People smoke marijuana in hand-rolled cigarettes (joints) or in pipes or water pipes (bongs). They also smoke it in blunts—emptied cigars that have been partly or completely refilled with marijuana. To avoid inhaling smoke, more people are using vaporizers. These devices pull the active ingredients (including THC) from the marijuana and collect their vapor in a storage unit. A person then inhales the vapor, not the smoke.
Users can mix marijuana in food (edibles), such as brownies, cookies, or candy, or brew it as a tea. A newly popular method of use is smoking or eating different forms of THC-rich resins (see "Marijuana Extracts" below).

Marijuana Extracts
Smoking THC-rich resins extracted from the marijuana plant is on the rise. Users call this practice dabbing. People are using various forms of these extracts, such as:     These extracts can deliver extremely large amounts of THC to users, and their use has sent some people to the emergency room. Another danger is in preparing these extracts, which usually involves butane (lighter fluid). A number of people who have used butane to make extracts at home have caused fires and explosions and have been seriously burned.

How does marijuana affect the brain?
Marijuana has both short- and long-term effects on the brain.

Short-term effects
When a person smokes marijuana, THC quickly passes from the lungs into the bloodstream. The blood carries the chemical to the brain and other organs throughout the body. The body absorbs THC more slowly when the person eats or drinks it. In that case, the user generally feels the effects after 30 minutes to 1 hour.
THC acts on specific brain cell receptors that ordinarily react to natural THC-like chemicals in the brain. These natural chemicals play a role in normal brain development and function.
Marijuana over-activates parts of the brain that contain the highest number of these receptors. This causes the "high" that users feel. Other effects include: Long-term effects
Marijuana also affects brain development. When marijuana users begin using as teenagers, the drug may reduce thinking, memory, and learning functions and affect how the brain builds connections between the areas necessary for these functions.
Marijuana’s effects on these abilities may last a long time or even be permanent.
For example, a study showed that people who started smoking marijuana heavily in their teens and had an ongoing cannabis use disorder lost an average of eight IQ points between ages 13 and 38. The lost mental abilities did not fully return in those who quit marijuana as adults. Those who started smoking marijuana as adults did not show notable IQ declines.3

A Rise in Marijuana’s THC Levels
The amount of THC in marijuana has been increasing steadily over the past few decades.4 For a new user, this may mean exposure to higher THC levels with a greater chance of a harmful reaction. Higher THC levels may explain the rise in emergency room visits involving marijuana use.
The popularity of edibles also increases the chance of users having harmful reactions. Edibles take longer to digest and produce a high. Therefore, people may consume more to feel the effects faster, leading to dangerous results.
Dabbing is yet another growing trend. More people are using marijuana extracts that provide stronger doses, and therefore stronger effects, of THC (see "Marijuana Extracts" above).
Higher THC levels may mean a greater risk for addiction if users are regularly exposing themselves to high doses.

What are the other health effects of marijuana?
Marijuana use may have a wide range of effects, both physical and mental.

Physical effects
Breathing problems.Marijuana smoke irritates the lungs, and frequent marijuana smokers can have the same breathing problems that tobacco smokers have. These problems include daily cough and phlegm, more frequent lung illness, and a higher risk of lung infections. Researchers still do not know whether marijuana smokers have a higher risk for lung cancer.
Increased heart rate.Marijuana raises heart rate for up to 3 hours after smoking. This effect may increase the chance of heart attack. Older people and those with heart problems may be at higher risk
Problems with child development during and after pregnancy. Marijuana use during pregnancy is linked to increased risk of both brain and behavioral problems in babies. If a pregnant woman uses marijuana, the drug may affect certain developing parts of the fetus’s brain. Resulting challenges for the child may include problems with attention, memory, and problem-solving. Additionally, some research suggests that moderate amounts of THC are excreted into the breast milk of nursing mothers. The effects on a baby’s developing brain are still unknown.

Mental effects
Long-term marijuana use has been linked to mental illness in some users, such as: temporaryhallucinations—sensations and images that seem real though they are not; temporary paranoia—extreme and unreasonable distrust of others; worsening symptoms in patients with schizophrenia (a severe mental disorder with symptoms such as hallucinations, paranoia, and disorganized thinking); Marijuana use has also been linked to other mental health problems, such as depression, anxiety, and suicidal thoughts among teens. However, study findings have been mixed.

How Does Marijuana Affect a User’s Life?
Compared to nonusers, heavy marijuana users more often report the following:     Users also report less academic and career success. For example, marijuana use is linked to a higher likelihood of dropping out of school.5 It is also linked to more job absences, accidents, and injuries.6

Is marijuana a gateway drug?
Some research suggests that marijuana use is likely to come before use of other drugs.7 Marijuana use is also linked to addiction to other substances, including nicotine. In addition, animal studies show that the THC in marijuana makes other drugs more pleasurable to the brain.8
Although these findings support the idea of marijuana as a "gateway drug," the majority of people who use marijuana don't go on to use other "harder" drugs. Read more about marijuana as a gateway drug in the Marijuana Research Report at www.drugabuse.gov/publications/research-reports/marijuana/letter-director.

Is marijuana addictive?
Contrary to common belief, marijuana can be addictive. Research suggests that 30 percent of users may develop some degree of problem use, which can lead to dependence and in severe cases takes the form of addiction.9 People who begin using marijuana before age 18 are 4 to 7 times more like than adults to develop problem use.10 Dependence becomes addiction when the person can't stop using marijuana even though it interferes with his or her daily life.

How can people get treatment for marijuana addiction?
Long-term marijuana users trying to quit report withdrawal symptoms that make quitting difficult. These include:     Behavioral support has been effective in treating marijuana addiction. Examples include therapy and motivational incentives (providing rewards to patients who remain substance free). No medications are currently available to treat marijuana addiction. However, continuing research may lead to new medications that help ease withdrawal symptoms, block the effects of marijuana, and prevent relapse.
.
Points to Remember Learn More
For more information about marijuana and marijuana use, visit: www.drugabuse.gov/drugs-abuse/marijuana and www.drugabuse.gov/publications/drugfacts/drugged-driving

For more information about marijuana as medicine and about state laws related to marijuana, visit: www.drugabuse.gov/publications/drugfacts/marijuana-medicine and  www.whitehouse.gov/ondcp/state-laws-related-to-marijuana

Monitoring the Future
Learn more about the Monitoring the Future survey, which annually measures drug, alcohol, and tobacco use and related attitudes among teenage students nationwide:
www.drugabuse.gov/related-topics/trends-statistics/monitoring-future 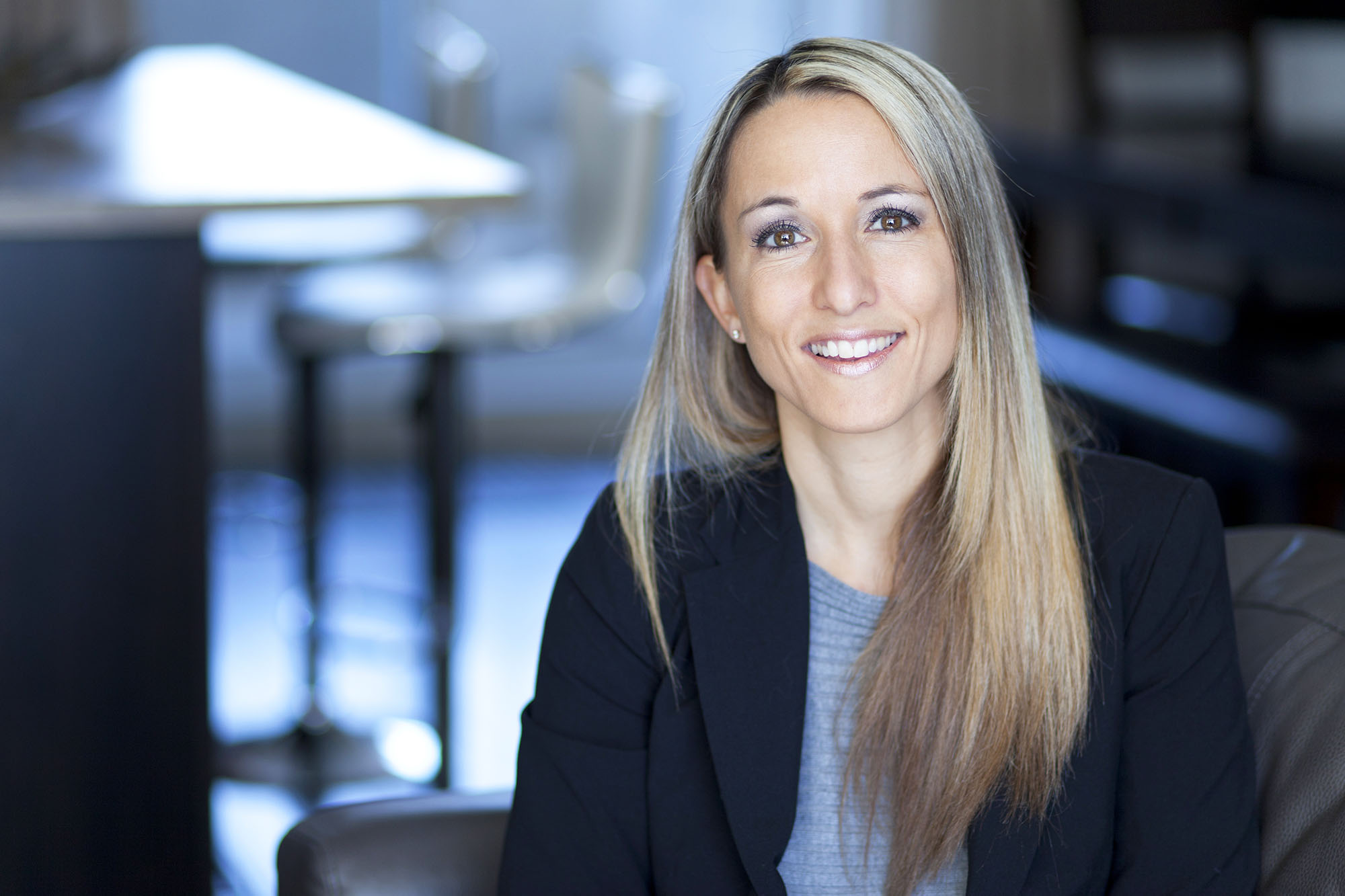 “Coming to Visions was the best decision I ever made. I now have seven years clean and sober.” – Former Client