Fentanyl is a powerful synthetic opioid that is similar to morphine but is 50 to 100 times more potent.1,2
It is a prescription drug that is also made and used illegally. Like morphine, it is a medicine that is typically used to treat patients with severe pain, especially after surgery.3 It is also sometimes used to treat patients with chronic pain who are physically tolerant to other opioids.4 Tolerance occurs when you need a higher and/or more frequent amount of a drug to get the desired effects.
In its prescription form, fentanyl is known by such names as Actiq®, Duragesic®, and Sublimaze®.4,5
Synthetic opioids, including fentanyl, are now the most common drugs involved in drug overdose deaths in the United States. In 2017, 59.8 percent of opioid-related deaths involved fentanyl compared to 14.3 percent in 2010.

What are Opioids?
Opioids are a class of drugs naturally found in the opium poppy plant. Some opioids are made from the plant directly, and others, like fentanyl, are made by scientists in labs using the same chemical structure (semi-synthetic or synthetic).

How do people use fentanyl?
When prescribed by a doctor, fentanyl can be given as a shot, a patch that is put on a person’s skin, or as lozenges that are sucked like cough drops.6
The illegally used fentanyl most often associated with recent overdoses is made in labs. This synthetic fentanyl is sold illegally as a powder, dropped onto blotter paper, put in eye droppers and nasal sprays, or made into pills that look like other prescription opioids.7
Some drug dealers are mixing fentanyl with other drugs, such as heroin, cocaine, methamphetamine, and MDMA. This is because it takes very little to produce a high with fentanyl, making it a cheaper option. This is especially risky when people taking drugs don’t realize they might contain fentanyl as a cheap but dangerous additive. They might be taking stronger opioids than their bodies are used to and can be more likely to overdose. To learn more about the mixture of fentanyl into other drugs, visit the Drug Enforcement Administration’s Drug Facts on fentanyl.

How does fentanyl affect the brain?
Like heroin, morphine, and other opioid drugs, fentanyl works by binding to the body's opioid receptors, which are found in areas of the brain that control pain and emotions.8 After taking opioids many times, the brain adapts to the drug, diminishing its sensitivity, making it hard to feel pleasure from anything besides the drug. When people become addicted, drug seeking and drug use take over their lives.

Fentanyl's effects include: Can you overdose on fentanyl?
Yes, a person can overdose on fentanyl. An overdose occurs when a drug produces serious adverse effects and life-threatening symptoms. When people overdose on fentanyl, their breathing can slow or stop. This can decrease the amount of oxygen that reaches the brain, a condition called hypoxia. Hypoxia can lead to a coma and permanent brain damage, and even death.

How can a fentanyl overdose be treated?
As mentioned above, many drug dealers mix the cheaper fentanyl with other drugs like heroin, cocaine, MDMA and methamphetamine to increase their profits, making it often difficult to know which drug is causing the overdose. Naloxone is a medicine that can treat a fentanyl overdose when given right away. It works by rapidly binding to opioid receptors and blocking the effects of opioid drugs. But fentanyl is stronger than other opioid drugs like morphine and might require multiple doses of naloxone.
Because of this, if you suspect someone has overdosed, the most important step to take is to call 911 so they can receive immediate medical attention. Once medical personnel arrive, they will administer naloxone if they suspect an opioid drug is involved.
Naloxone is available as an injectable (needle) solution and nasal sprays (NARCAN® and KLOXXADO®).
People who are given naloxone should be monitored for another two hours after the last dose of naloxone is given to make sure breathing does not slow or stop.
Some states have passed laws that allow pharmacists to dispense naloxone without a personal prescription. Friends, family, and others in the community can use the nasal spray versions of naloxone to save someone who is overdosing.

Can fentanyl use lead to addiction?
Yes. Fentanyl is addictive because of its potency. A person taking prescription fentanyl as instructed by a doctor can experience dependence, which is characterized by withdrawal symptoms when the drug is stopped. A person can be dependent on a substance without being addicted, but dependence can sometimes lead to addiction.
Addiction is the most severe form of a substance use disorder (SUD). SUDs are characterized by compulsive drug seeking and drug use that can be difficult to control, despite harmful consequences. When someone is addicted to drugs, they continue to use them even though they cause health problems or issues at work, school, or home. An SUD can range from mild to severe.
People addicted to fentanyl who stop using it can have severe withdrawal symptoms that begin as early as a few hours after the drug was last taken. These symptoms include:     These symptoms can be extremely uncomfortable and are the reason many people find it so difficult to stop taking fentanyl. There are medicines being developed to help with the withdrawal process for fentanyl and other opioids. The FDA has approved lofexidine, a non-opioid medicine designed to reduce opioid withdrawal symptoms. Also, the NSS-2 Bridge device is a small electrical nerve stimulator placed behind the person’s ear, that can be used to try to ease symptoms for up to five days during the acute withdrawal phase. In December 2018, the FDA cleared a mobile medical application, reSET®, to help treat opioid use disorders. This application is a prescription cognitive behavioral therapy and should be used in conjunction with treatment that includes buprenorphine and contingency management.

How is fentanyl addiction treated?
Like other opioid addictions, medication with behavioral therapies has been shown to be effective in treating people with a fentanyl addiction.
Medications for opioid use disorders—including fentanyl use disorder—are safe, effective, and save lives. These medicines interact with the same opioid receptors in the brain on which fentanyl acts, but they do not produce the same effects.     Learn more about medications for opioid overdose, withdrawal and addiction.

Counseling: Behavioral therapies for addiction to opioids like fentanyl can help people modify their attitudes and behaviors related to drug use, increase healthy life skills, and help them stick with their medication. Some examples include:     These behavioral treatment approaches have proven effective, especially when used along with medicines. Read more about drug addiction treatment on the Treatment page. 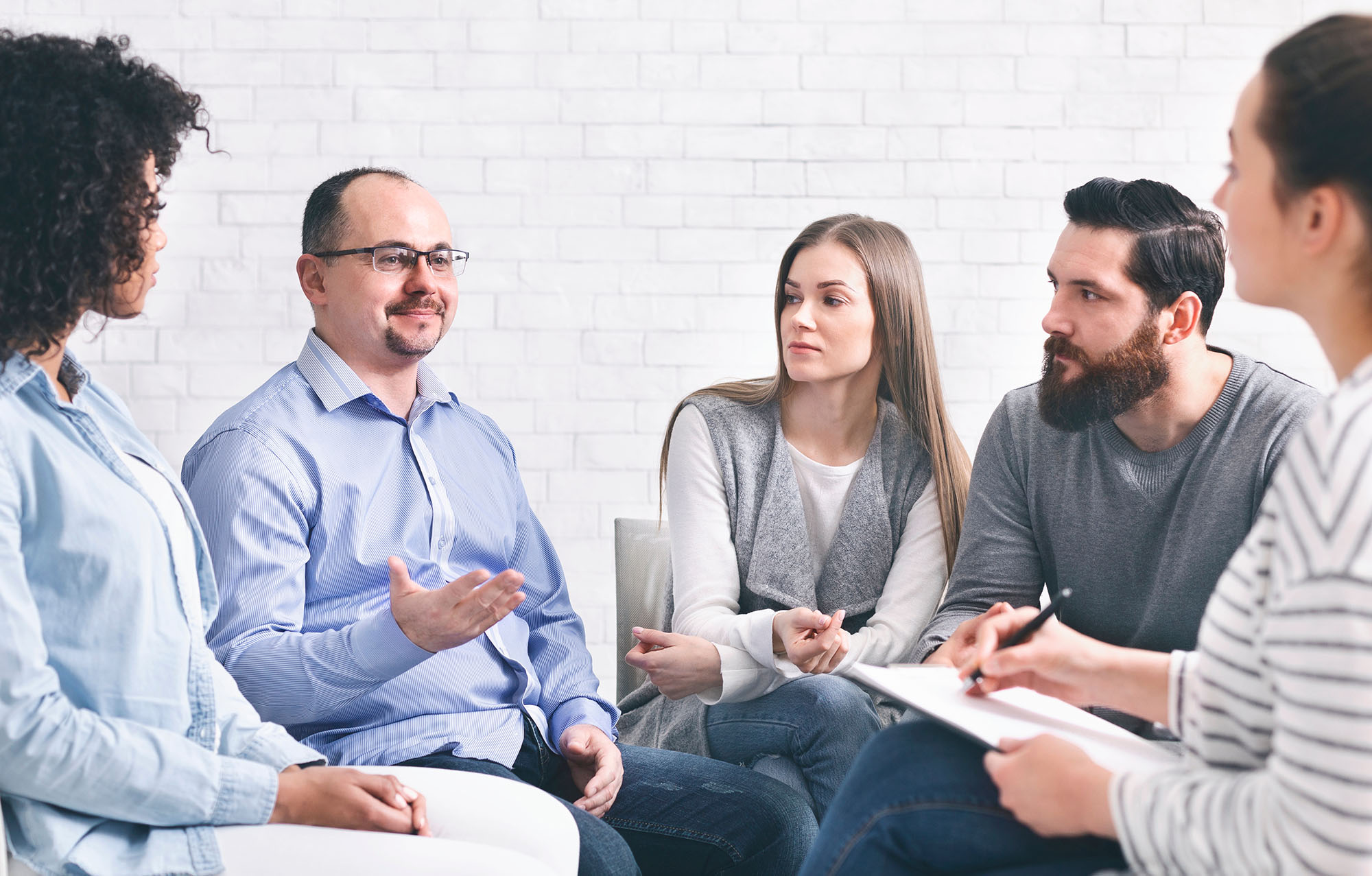 "The groups were excellent. My counselor really helped me see where I could make changes. This place is amazing." - Former Client